Roskilde Cathedral (Danish: Roskilde Domkirke), in the city of Roskilde on the island of Zealand (Sjælland) in eastern Denmark, is a cathedral of the Lutheran Church of Denmark. The first Gothic cathedral to be built of brick, it encouraged the spread of the Brick Gothic style throughout Northern Europe. Constructed during the 12th and 13th centuries, the cathedral incorporates both Gothic and Romanesque architectural features in its design. Until the 20th century, it was Zealand’s only cathedral. Its twin spires dominate the skyline of the town 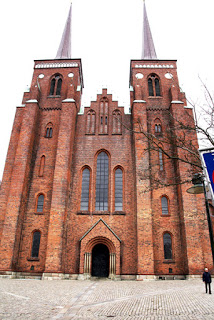 Soon after he became Bishop of Roskilde in 1157, Absalon began to expand the travertine cathedral. In 1160, the art of firing bricks was brought to Denmark by monks from the south, and the new material was employed. It was decided to build a new, Romanesque cathedral around the existing one, allowing services to continue during construction. However, work was slow, and when Absalon was forced to surrender his position as Bishop of Roskilde in 1191, only the two floors of the apse, the choir towers and part of the transept had been completed. Absalon’s successor, Peder Sunesen, embracing the new French Gothic style, made significant changes to the plans, tearing down the choir towers and reducing the width of the transept.The choir was completed and inaugurated in 1225, allowing services to begin there, and the old travertine cathedral was torn down. Work on the nave continued for the next 55 years, limited by funds, lack of kilns to fire the bricks, and the winters. With the exception of the two towers on the west facade, the cathedral was completed by 1280, and work on the interior proceeded, slowed by a fire in 1282 which also destroyed several of the canons’ houses in the area. Several chapels were also added to the cathedral, and in 1405, work on the towers was completed.

When Margrethe I died in 1412, she was buried in her family’s chapel at Sorø Klosterkirke. But the following year Bishop Peder Jensen Lodehat, who had been the queen’s chancellor and religious advisor, brought her body to Roskilde Cathedral. The monks in Sorø were outraged, above all because the loss of the queen’s earthly remains would mean a significant loss in income from requiems — at that time monks and clergy would typically have been paid to say requiem masses for a dead person, and for a queen such masses would likely have been said on a regular basis in perpetuity, each one incurring a fee — as well as a loss of prestige. Though often blamed on the bishop, it is quite possible that the move was orchestrated by the queen’s adoptive son, Eric of Pomerania. This is reinforced by the inscription on the sarcophagus, which describes how it was given by the new king, Eric VII, in 1423.

In his «Chronica novella», German chronicler de:Hermann Korner describes the vast, three day long burial ceremony involving King Eric VII, several noblemen, the Achbishop of Lund, and all of the Danish bishops. There is an account of how the procession granted substantial gifts to each of the 50 altars in the cathedral. On the first day, the royal couple would give each altar a golden ornament, a golden antependium and a silver chalice; the noblemen would each bestow a florin on the altars; and the knights, squires, and anyone else who wished to bestow gifts, would provide each altar with silver coins from Lübeck. On the second and third days, the royal couple would bestow two nobles on each altar, the noblemen would bestow a florin on them, and the rest of the procession would bestow silver coins as they wished. What was left of silver coins were then put in a bowl, to be cast amongst the poor in Roskilde.

On 14 May 1443, a fire swept through Roskilde, destroying most of the city and all but three of the clergy’s houses. The fire was so intense that the glass windows cracked, and the lead roofing melted. The cathedral was badly damaged and it was not until 1463 that the bishop, Oluf Mortensen, could rededicate it. To help with its reconstruction, the bishops of Denmark each signed a letter granting 40 days of indulgence to whoever would contribute to its cost. The reconstruction could also have been helped by the decision of Christian I to build a chapel at the cathedral. The Chapel of the Magi was built during the 1460s, and together with the sarcophagus of Margrethe I and the remains from the previous churches, it marks the earliest royal burials.

The Reformation arrived in 1536, marking a sharp negative turn for Roskilde Cathedral. Not only was the Bishop of Roskilde, Joachim Rønnow, jailed in Copenhagen Castle, the diocese was moved to Copenhagen and Peder Palladius, became the new Superintendent of Zealand and later bishop. Hans Tausen, who had sought to encourage wide adoption of the Reformation, was sent to Roskilde in 1538 to help convert the clergymen who were opposed to the new ideas. At a Reformation meeting in 1540, it was decided that all of the bishop’s property was now to belong to the king, both symbolically and in reality the head of the Church of Denmark. The cathedral had already been forced to hand over some of its property during the Count’s Feud, but following the decision and with an impeding war against the Swedes, the confiscation of church property was stepped up. Amongst the cathedral’s most prized possessions was a wooden statue of St Lucius, covered in gold and gems. The chapter fought hard to try and retain its property, at one point asking for a receipt for some of the confiscated goods, to which the king’s men replied that the king did not need to hand out a receipt for something that already belonged to him.
After the Reformation, the cathedral was opened up to the ordinary congregation, necessitating the purchase of new furniture, especially pews. As in other former Catholic cathedrals, the choir, which had been separated from the nave by a large wall, was left intact with the altar placed against the wall.

While the cathedral suffered financial hardship, having been forced to give away all its property (which at the time included one in every four farms on Zealand and 30 large estates), it was endowed with a variety of gifts from Christian IV: The altarpiece (between 1555 and 1623), a royal box ca 1600, the pulpit in 1610, his own burial chapel in 1614, the construction of the iconic twin spires in 1633[13] and finally a grand Renaissance sandstone entrance portal in 1635.

On 26 February 1658, the Treaty of Roskilde was signed in the cathedral. In the loot the Swedes took from the cathedral, was the golden dress of Margrethe I, which had hung in a closet near her sarcophagus. The dress was taken by the Swedish queen consort Hedwig Eleonora and is now located at Uppsala Cathedral. In 1690, Christian V ordered the old Catholic choir cleared, so he could create a crypt beneath it for the children he had had with his mistress Sophie Amalie. This also allowed for the altar to be moved to its present position.

In 1774, work on the third royal burial chapel, Frederick V’s chapel, began with the removal of the pre-existing Chapel of Our Lady. Money soon ran out, and it was not until 1825 that the work was completed. In the mean time, in 1806, the cathedral sold its inventory from its Catholic days at a notorious auction. Amongst the items sold was a grand crucifix which went to a local coppersmith. While he was sawing the crucifix into firewood, the head of Jesus split open and a small, golden patriarchal cross fell out. Upon closer inspection, it was revealed that the cross was hollow and that a splinter from Christ’s cross was hidden inside. Rumour of the find quickly reached the Royal Art Collection, later the National Museum of Denmark, who immediately purchased it.

In 1871, the entrance portal was replaced with one that matched the rest of the cathedral, while the old portal was donated to the Church of Holmen. However, when the new portal arrived, the churchwarden was horrified to see it was a poor copy of the old style. But he had no choice but to erect it.

Work on the fourth royal burial chapel began in 1915, and prior to its completion in 1924, Roskilde was once again made a diocese. On 27 August 1968, as restoration work on the Margrethe spire was nearing completion, the spire burned, threatening to collapse into the choir. During firefighting operations, members of the Civil defense and church staff covered the canons’ chairs, the altar, and the sarcophagi in the retrochoir with damp fire blankets, hoping to prevent damage to the invaluable items. The Defence Minister of Denmark ordered a complete ban on jet operations in the area, pending investigations into whether the vaults were in danger of collapsing.It was later discovered, that despite a total ban on any heat sources in the area where the restoration was taking place, the craftsmen had been smoking and using blowtorches in the loft.The latest addition to the cathedral was in 1985, when the New Burial Ground, also known as Frederick IX’s Burial Ground, was inaugurated.

In 2013, changes were made inside the church to accommodate the future resting places for Queen Margrethe II and her husband, Prince Henrik. The design is made by Danish sculptor Bjørn Nørgaard. A model is at display in the cathedral 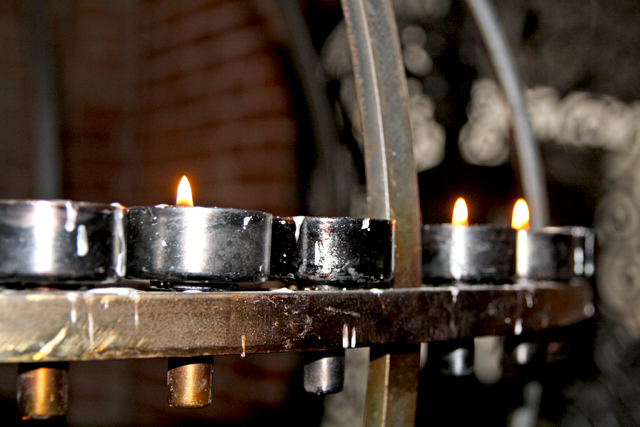 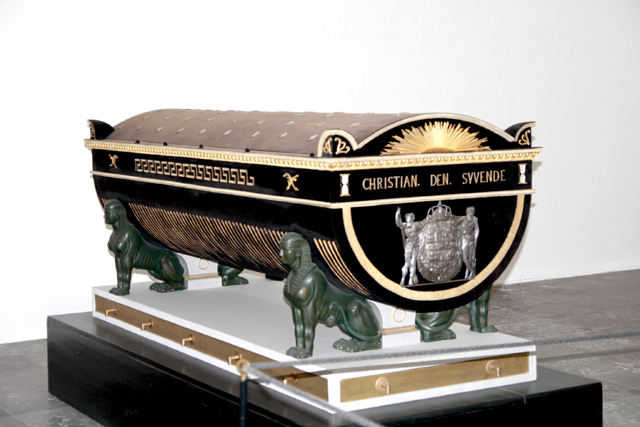 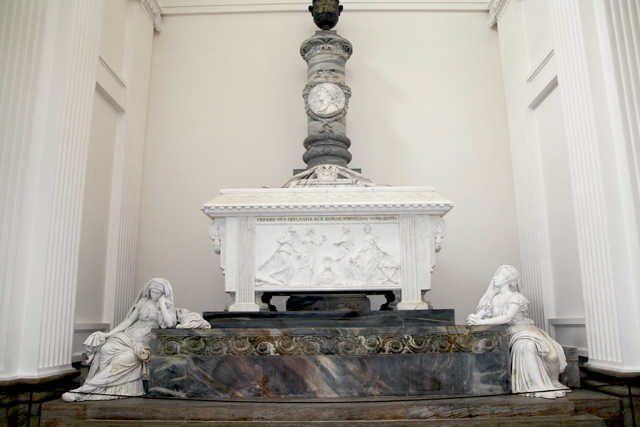 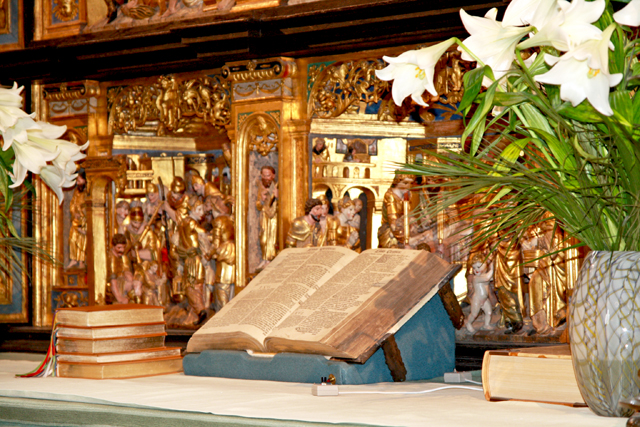 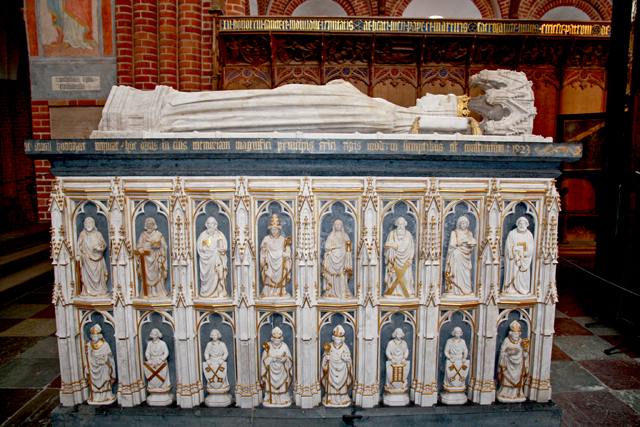 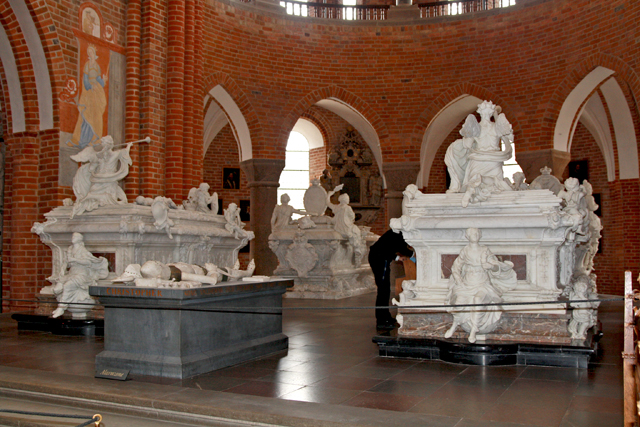 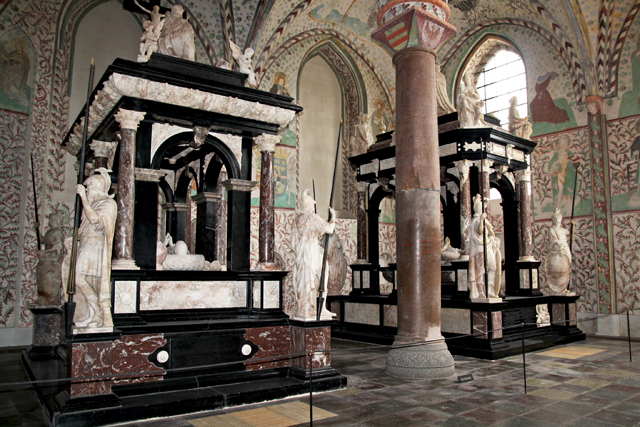 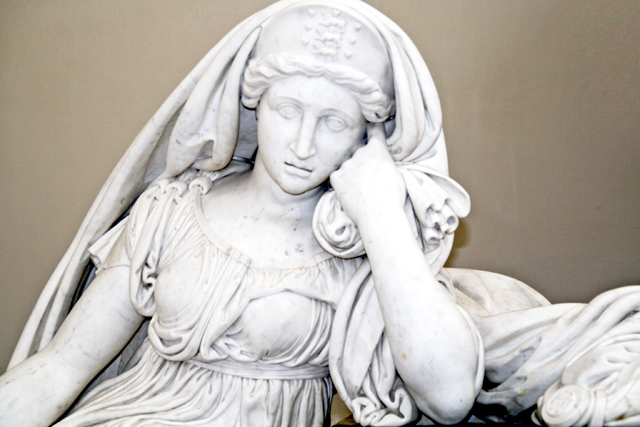 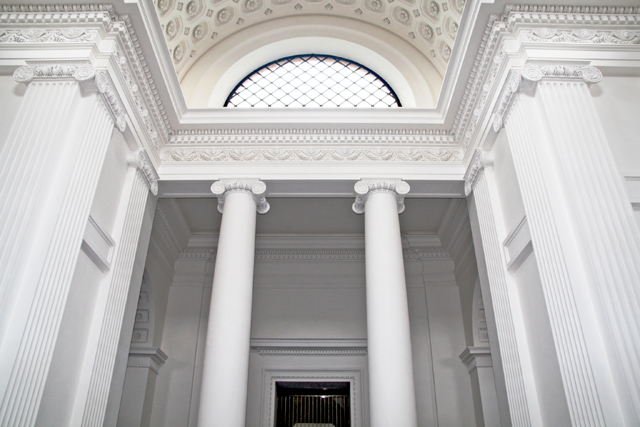 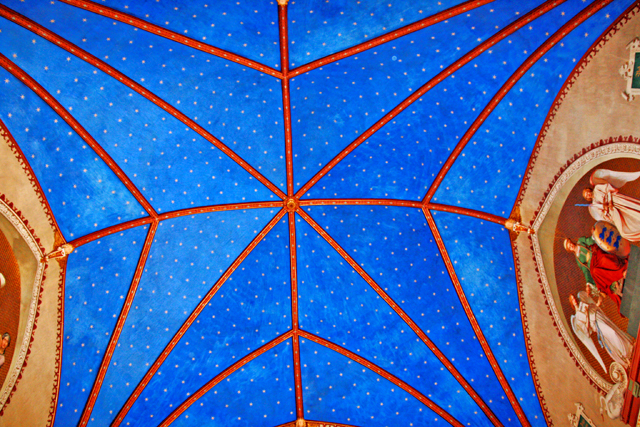 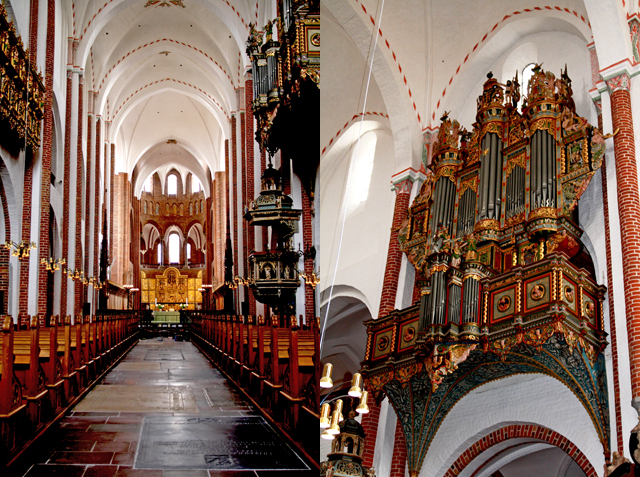 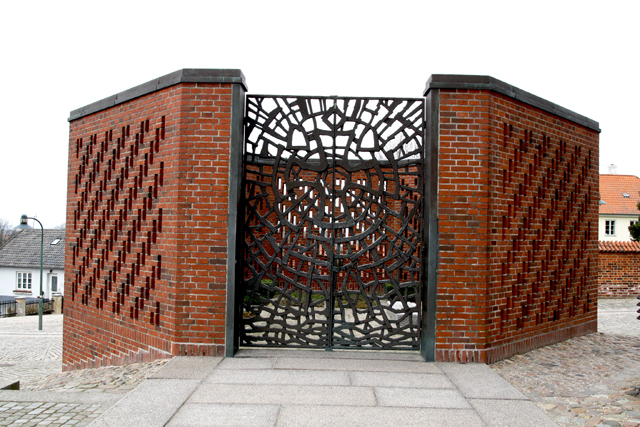