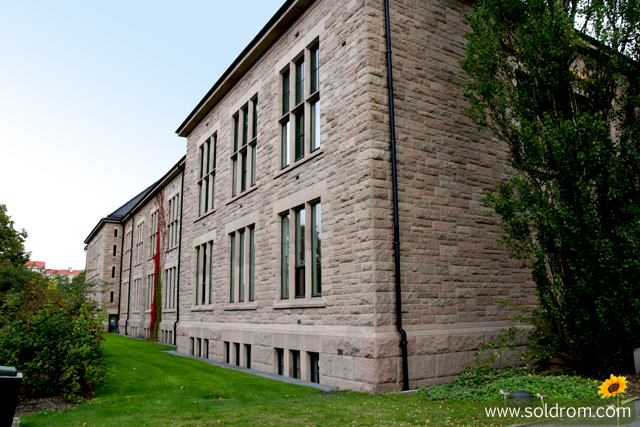 In Part II of the Museum of Natural History I’ll write about The Geological Museum. It was built between 1911-1917 and was planned by W.C. Brøgger, former Professor of Geology and first Dean of the University of Oslo. The building style is late art nouveau, on the ground floor can be seen exhibitions of geological processes, and the geological evolution of Norway during 2.5 billion years.

Minerals and fossils are displayed on the first floor in two separate rooms. In addition to those objects on display, the Geological Museum’s collections contain research material of more than 2 million fossils, rock specimens and minerals.

The minerals are displayed on the first floor in the Geological Museum. The earliest mineral collection was assembled in 1757 at the Mining Academy in Kongsberg. It was transferred to the University of Oslo in 1814. Among the highlights of the museum exhibition today are silver samples from Kongsberg, a specimen of moon rock, beautiful gems, diamonds and industrial minerals and 13 of the 14 known Norwegian meteorites.

The paleontological hall includes a central reconstructed skeleton of Iguanodon and more than 700 fossils. Who doesn’t love dinosaurs really? Not all the fossils are dinosaurs though, among them Norway’s largest trilobite and specimens of early fish. There are displays showing models of early marine life and a display of life’s development during the last 4.5 billion years.

Ida is the world’s oldest complete primate skeleton (47 million years old), and the most valuable object exhibited at The Natural History Museum of Oslo. She was bought by the museum in 2007, and presented to the world in 2009.

This is why we are fascinated by Ida: