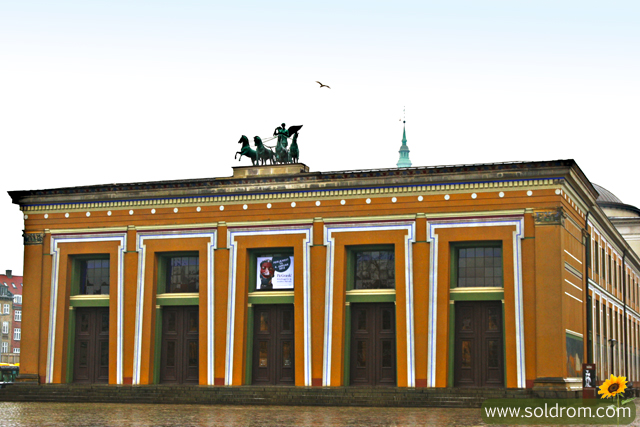 Thorvalsen Museum in Denmark, is oldest and the most extraordinary museum building in Copenhagen. It opened in 1848 and houses almost all the sculpturs of Bertel Thorvaldsen.

Bertel Thorvalsen (1770-1844) most be one of Denmarks best known artists. He lives in Rome for 40 years and became one of the most inportant European representatives of neoclassicism in sculptural art.

Thorvaldens came back to Denmark in 1838, and it was a big celebration when his ship arrived in Copenhagen, the big artist had finally returned. The Museum was built from 1839 in the honour of Thorvaldsen, and opened nine years later, unfortunately that was 4 years after his death, so he never got to see it finished. The museum is in the heart of Copenhagen, not far from Tivoli and Glyptoteket, it’s right next tp Christianborg Palace, the old castle to the royal Family in Denmark.

The collection is huge and the sculptures are amazing, and I mean amazing. It’s one of mye favourites from now on. And some sculptures are huge! He was without a doubt very inspires by greek and roman mythology. But also have an incredible statue of Christ and the twelve apostles.

If you like breathtaking art and want to visit a beautiful museum in Copenhagen, I would highly recommend this.