The botanical garden was first established in 1600 but it was moved twice before it was ultimately given its current location in 1870. It was probably founded to secure a collection of Danish medicinal plants after the Reformation had seen many convents and their gardens abandoned or demolished.

The first garden, known as Hortus Medicus, was created on 2 August 1600 by royal charter on a piece of land donated by the king,Christian IV. It was located in Skidenstræde (present-day Krystalgade) and a residence for one of the professors of the university was also built at the site. It rested upon the professor in residence to maintain the garden, irrespective of which chair he held. In 1621 Ole Worm personally took over the responsibility for the garden and he enriched it with a great number of Danish medicinal plants as well as rare foreign species he received from his many professional contacts abroad

Georg Christian Oeder
A second botanical garden was laid out by Georg Christian Oeder in 1752 in the newly founded Frederiksstaden district at the request of Frederik V at a site bisected by Amaliegade just north of Frederik’s Hospital. The smaller western section, covering just under half a hectare, was equipped with a greenhouse while the eastern section remained largely unplanted. The garden was opened to the public in 1763.

In 1770 part of Oeder’s Garden was put at the disposal of the University’s botanical garden. The preceding year Christian VII had donated 2,500 thaler to the University, the interest from which would be used for the Botanical Garden. This had created the economical foundation for an enlargement but since there was no space for it at its original address, the off-site solution was ultimately opted for.

Oeder became the Botanical Garden’s first director. In order to emphasise its economic significance, as well as in the spirit of the Age of Enlightenment, he began a work in progress which was to become Flora Danica, an illustrated work describing all Danish and Norwegian plants. Oeder was fired in 1771 in connection with the Johann Friedrich Struensee affair.

Plan of the former garden behind Charlottenborg Palace (1847)
In 1778 both gardens were closed when the king reacquired the land at Amaliegade and at the same time donated a tract of land behind Charlottenborg Palace for the establishment of a new and larger botanical garden. Plans for this garden received royal approval on 22 July 1778. It was to have two directors, one appointed by the University and the other by the King. The first University appointment to this post was Christian Friis Rottbøll, who had already managed the garden since Oeder’s retirement, and the first royal appointment was Johan Theodor Holmskjold. At the same event, an associate professor was employed at the garden. The first to hold this chair was Martin Vahl, who played a large part in moving the plants from Oeder’s Garden to Charlottenborg Garden.

In 1817, the model with a double directorship was abandoned when Jens Wilken Hornemann was made the sole director of the garden. At this stage the garden encompassed approximately 1.6 hectares in a low, waterlogged area that was bounded by Charlottenborg, Nyhavn, the Mint and Bremerholm. A main building was erected along the Nyhavn cabal, housing both a botanical museum, a library and residences for the director and a botanical gardener. There were also facilities for the storage of sensitive plants during winter. The garden’s first greenhouse, Guiones Koldhus (Guione’s Coolhouse), was erected in 1784. In 1803 the king funded of a new 200 sqm complex of greenhouses and nore were added in 1837.

In 1841 Joakim Frederik Schouw replaced Hornemann as director and the garden. Among his initiatives was the establishment of a new section dedicated to Danish species, holding 570 species, and improved cataloguing of plants and seeds. His tenure lasted until 1852. During this phase the garden became still more cramped and it became evident that another expansion was needed.

The botanical gardens got its current location in 1870. Four years later in 1874 the gardens got its large complex of glasshouses at the initiative of Carlsberg founder J. C. Jacobsen who also funded it. His inspiration was that of the glass building the Crystal Palace that was erected for the Great Exhibition in London in 1851.

In 1977, the gardens including the greenhouses became listed by the Danish conservation authorities. 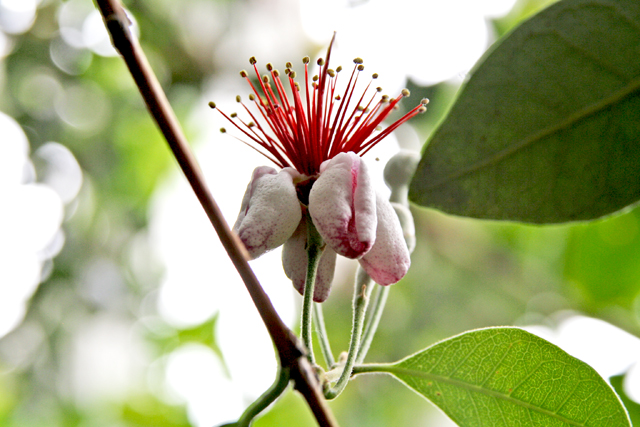 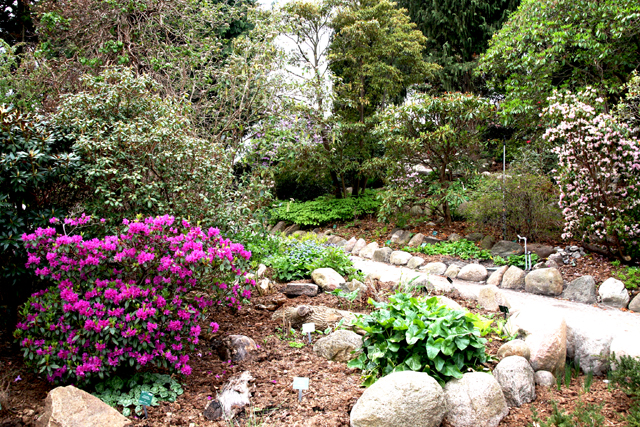 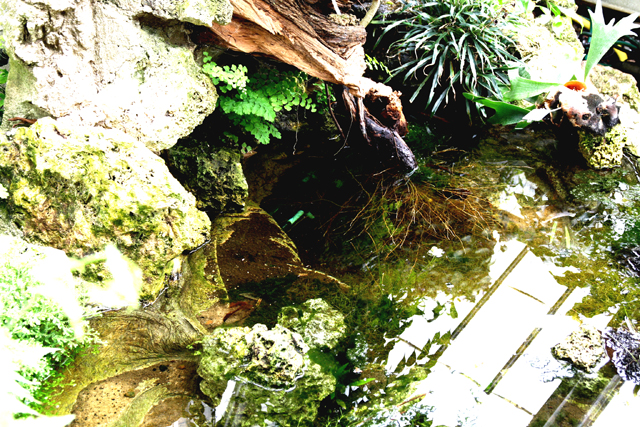 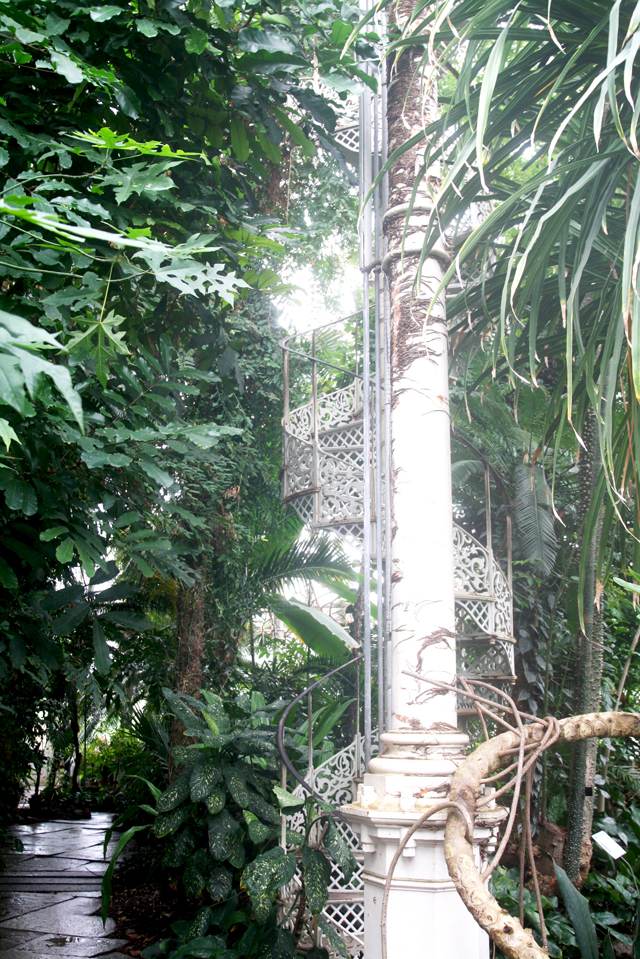 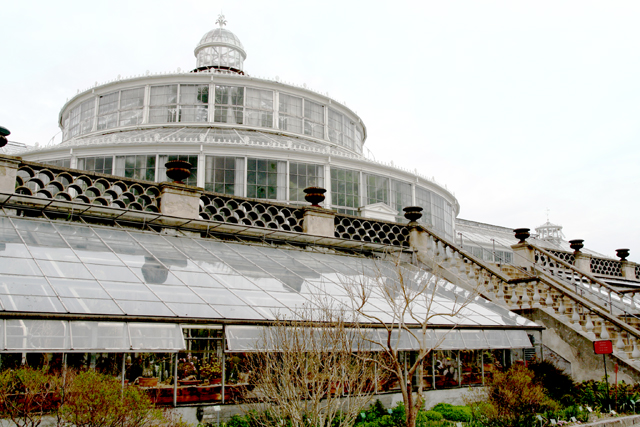 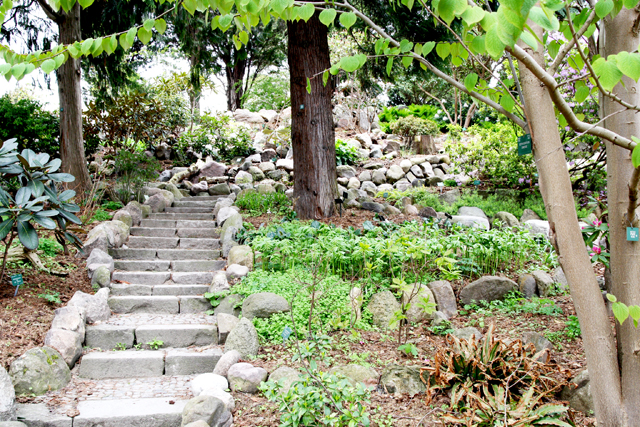 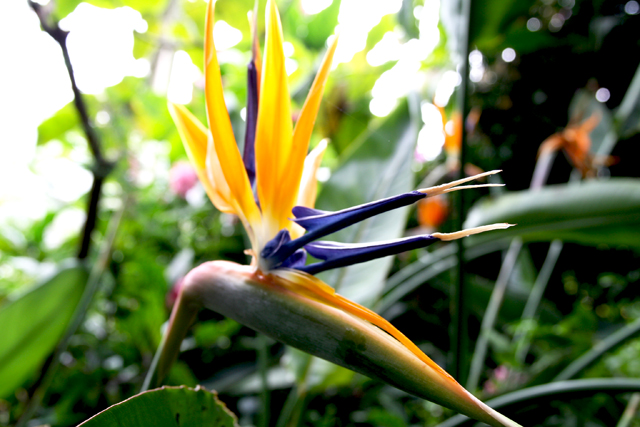 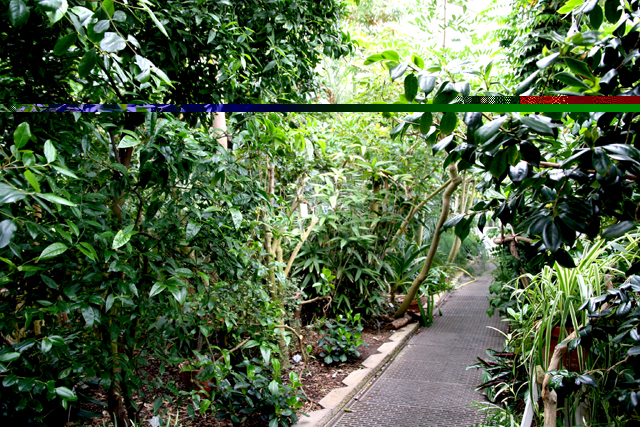 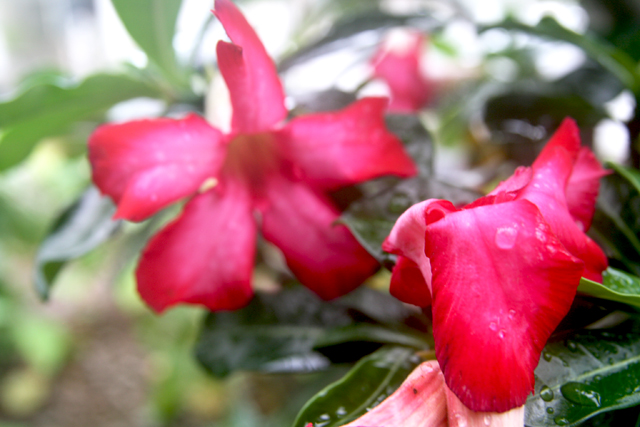