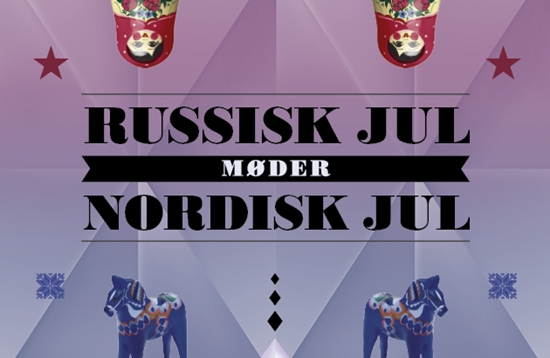 Christmas in Tivoli is open from 16 November to 30 December, with the exception of Christmas Eve and Christmas Day, 24-25 December.
A fireworks festival is held between Christmas and New Year, and for the first time in 13 years, a number of restaurants in Tivoli will open on New Year’s Eve.

Red Santa returns in new Scandinavian surroundings
Bells on the fir trees, Christmas lights and thousands of glass and mother-of-pearl baubles are on hand to set a scene sure to get visitors in the right Christmas spirit. The themes this year at Tivoli offer a taste of Norwegian, Swedish and Danish Christmas traditions: once visitors have gone past the Main Entrance, they are led into the Gardens through a gateway, where the new themes unfold in decorated wooden houses, twinkling Christmas trees and Santa’s sleigh. The red Santa is back and, for the first time, he can be found in the Pantomime Theatre, where he has his own Christmas area. Here, when time allows it, he will permit his flock of singing children to dance a pixie dance and will tell short stories. The mechanical Christmas pixies in several Scandinavian variations, as well as the seasonally decorated stalls, will also be a part of the entire Christmas experience.

Tip: The Lord Mayor of Copenhagen holds his Christmas speech
The Lord Mayor of Copenhagen, Frank Jensen, will hold the traditional Christmas in Tivoli opening speech on the Open-Air Stage, Plænen on Friday 16 November at 4pm, when the ‘Nisseband’ of the Tivoli Boys Guard will also give a concert. This year, the traditional red Santa and the Russian blue Father Frost will be together on the giant Christmas tree. The huge Christmas tree is situated on the top of the Tivoli version of Saint Basil’s Cathedral, known from the Red Square in the Kremlin, with its 21-metre-high tower and nine striped onion domes. This year, the Christmas tree has been given even more coloured lights than the previous year. Normally, a huge ‘wow’ of sheer amazement can be heard among visitors, who meet up to attend the traditional Christmas tree lighting ceremony.

New Russian carousel
When you leave the Scandinavian area, the 2000 m2 Russian universe reveals itself on the Open-Air Stage, Plænen with its opulent onion domes, the Trans-Siberian Railway and extravagant Fabergé eggs. This year, the area has been given its own carousel, built in the style of Tsarist Russia and sure to be a hit with the Garden’s youngest visitors. Although they are not particularly Russian, a number of mechanical pixies and angels have found their way into the area, which according to experts in Russian culture is very typical of the time. The Russian version of Santa, Father Frost, moved successfully into Tivoli last year and can also be experienced this year in the Russian area.

Christmas in Tivoli would just not be the same without the stalls, which bubble with life and commerce. The stalls, which snake along the paths of the Gardens, are bursting with everything from gigantic traditional Christmas cookies and gingerbread to freshly-made chocolate snowballs from Spangsberg’s flødebolle factory. Worth mentioning among the new stalls are: Lotte K Nordic Artcraft Design – Scandinavian handicrafts. Jette Frölich Design, with feminine fairies and angels. Vivi Gade Design – do-it-yourself, Scandinavian style Christmas decorations. Ærø Glaskunst – jewellery made from glass, gold and silver, as well as handmade schnapps glasses dressed up like angels. Should you find yourself without a suitable winter jacket, you can get one from Geographical Norway. This year, there are 50 stalls to choose from.

The Nutcracker here, there and everywhere
The year’s second big draw is Tivoli’s most spectacular ballet production yet, the Nutcracker, for which Queen Margrethe ll has designed the set and costumes, while Tivoli’s ballet master Peter Bo Bendixen has provided the choreography. The ballet premières on 22 November. In connection with the Nutcracker, Tivoli visitors will be able to view seven 3.5-metre-high figures from the ballet, which have been drawn by the queen and placed on the balcony of the Tivoli Concert Hall. There is also the première of the new illuminations on the Tivoli Lake accompanied by music from – that’s right, The Nutcracker.

The Fireworks Festival at Tivoli over the period 26- 30 December this year breaks all previous records. There is gunpowder and colour in the air, as the heavens explode in a bombardment of brilliant bouquets. It’s all part of Tivoli’s extravagant countdown to the new year with its annual Fireworks Festival, which starts on 26 December. The firework-maker is Gunnar B. Knudsen, who has produced fireworks for Prince Consort Henrik of Denmark, is a previous gold medal winner at a fireworks competition in Belgium. The Fireworks Festival starts at 8.45pm all days of the week from 26 -30 December. 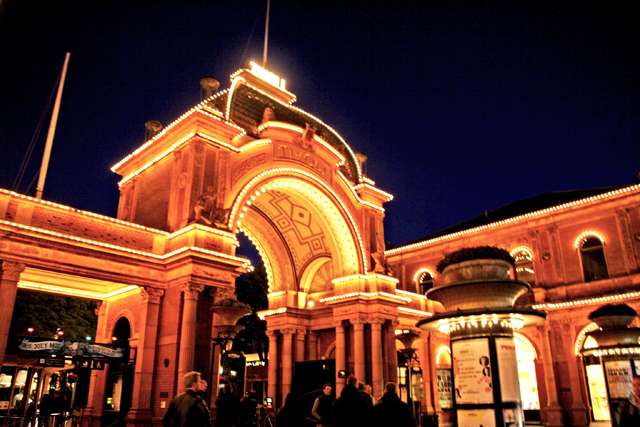 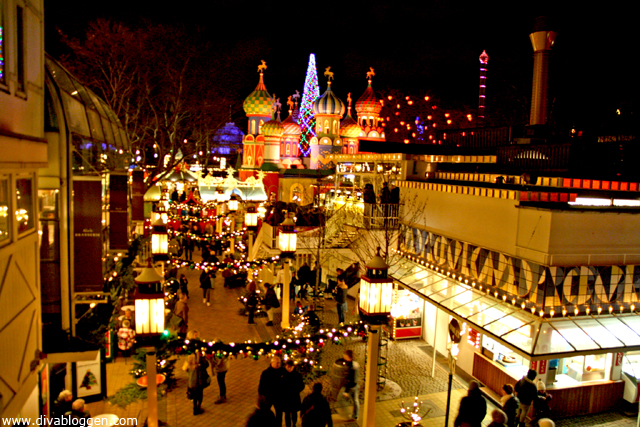 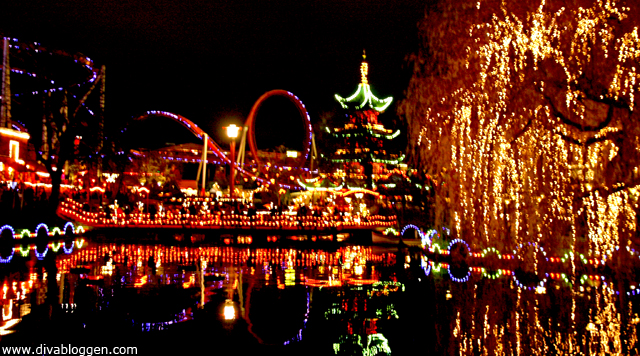 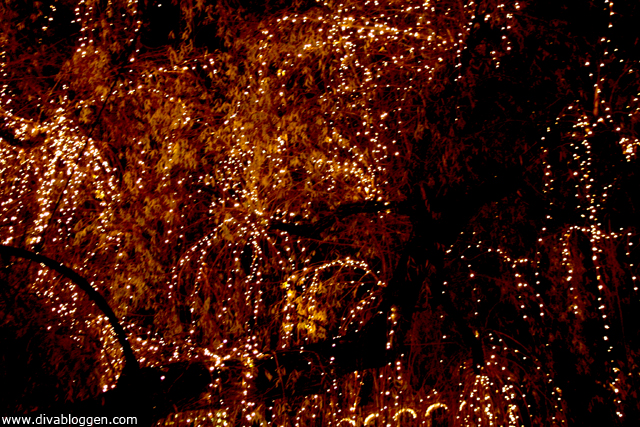 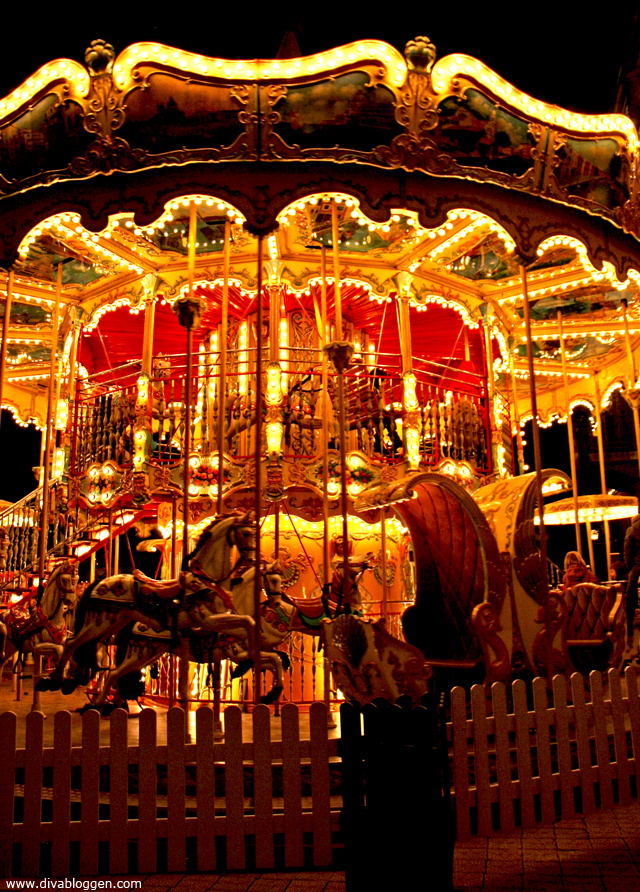 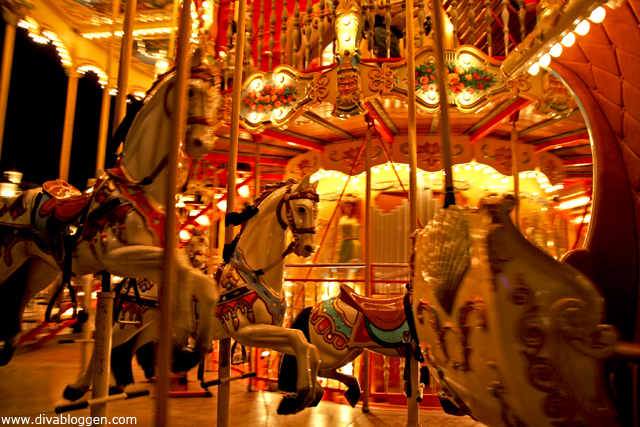 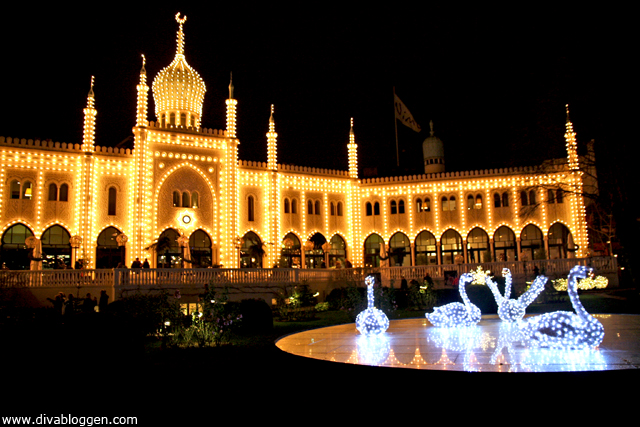 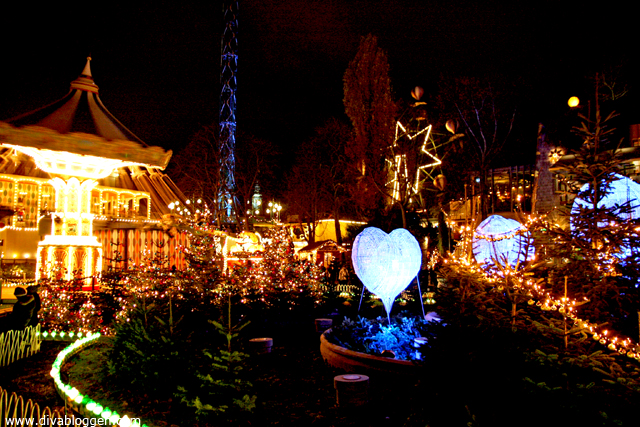 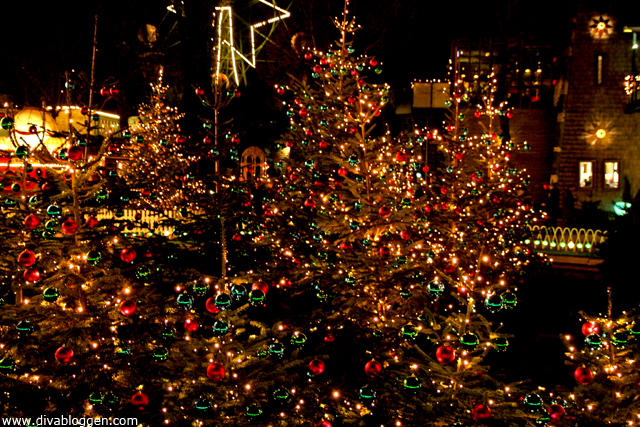 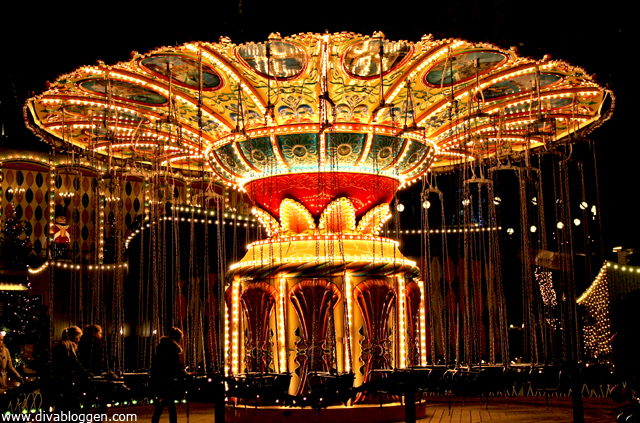 One thought on “Christmas in Tivoli 2012”